Dr. Radoslav Dimitrov and PhD candidate Bjornar Egede-Nissen participate in the United Nations Climate Conference in Paris, France, as delegates for the European Union and the Republic of Palau, respectively.  The Conference was held from November 30 – December 11, 2015.  Governments were able to reach a new and universal climate change agreement.

Dr. Martin Horak is one of 10 co-authors of the book, Urban Neighborhoods in a New Era: Revitalization Politics in the Postindustrial City, recently published by The University of Chicago Press.  Focusing on neighborhoods in six cities, the collection of studies by this group of distinguished political scientists and urban scholars show how key players, including politicians and philanthropic organizations, are beginning to see economic growth and neighborhood improvement as complementary goals.  In examining the course of experiences from an earlier period of redevelopment to the present postindustrial city, this book opens a window on a complex process of political change and possibility for reform.

Permissible Progeny? The Morality of Procreation and Parenting contributes to the growing literature on the morality of procreation and parenting by advancing new arguments and novel perspectives on existing debates. As a whole it is sure to generate further philosophical debate on pressing and rich questions surrounding the bearing and rearing of children.

Dr. Simpson was awarded the Shirley Farlinger Award for Peace Writings, given by the Canadian Voice of Women for Peace Organization at their second annual awards dinner in Toronto on November 6.

Dr. Joanna Quinn along with three other Western Professors and a King's University College Professor has been named a member of The College of New Scholars, Artists and Scientists, part of The Royal Society of Canada.  Those named to the College represent the emerging generation of scholarly, scientific and artistic leadership in Canada.

“The College is Canada’s first national system of multidisciplinary recognition for the emerging generation of leaders,” said Graham Bell, RSC President. “Together, the members of the College will be in a position to provide guidance on issues of importance to Canadians, and to promote Canadian achievements in the arts, humanities and sciences around the world.”

Dr. Quinn studies transitional justice and post-conflict reconstruction focusing specifically on the politics of acknowledgement.  She has studied how countries deal with large-scale human rights abuse, and her work is helping to shape policy by encouraging countries to use culturally appropriate mechanisms to facilitate post-conflict reconciliation on the national and international stages.  Read more in this Western News Article.

Western Political Science is pleased to announce the appointment of Dr. Christopher Alcantara as a Tenured, Associate Professor, beginning January 1, 2015.

Western Political Science is pleased to announce the appointment of Dr. Zack Taylor as an Assistant Professor. He joined the Department on July 1, 2015.

Dr. Taylor's research interests are in Canadian and comparative politics and public policymaking, with an empirical focus on the contemporary and historical development of multilevel governance and planning of North American cities. He also pursues parallel interests in political and electoral geography. His most recent research has appeared in the International Journal of Canadian Studies, Town Planning Review, Journal of Urban Affairs and the Canadian Journal of Political Science.

Dr. Marta Dyczok, Associate Professor, Political Science and History, Western University was a Moderator for the panel, Identification, Demonization, Dehumanization of the 'Enemy' at the International Open Seminar, The Seduction of Propaganda: Mass Violence in Ukraine in the 20th - Beginning of the 21st Centuries held on June 3, 2015 in Kiev, Ukraine.

Political Science Masters students, Nicole McMahon and Kevin McPhillips each received a Graduate Student Teaching Award on May 21, 2015. Nicole and Kevin stood out for the positive impact they have had on students they teach from amongst 750 nominations and over 2,400 graduate teaching assistants across campus.  Congratulations Nicole and Kevin and thank you for all your hard work over the past year!

Nicholas DiClemente, graduate of Western Political Science (MA'12) is working in Kathmandu, Nepal as an intern in the position of junior professional consultant for the United Nations Regional Centre for Peace and Disarmament in Asia and the Pacific. Since the first earthquake hit Nepal on April 25, 2015, he has been learning first-hand how quickly peace and security can be lost. "The media tells the tragic story of the lives and monuments lost, but what they have failed to mention is the growing anti-government sentiment among the people."

Elections are not just about who casts ballots - they reflect the citizens, parties, media, and history of an electorate.  Fighting For Votes examines how these factors interacted during a recent Ontario election.  The result is a sophisticated analysis of how parties influence voters in an era where Twitter feeds and other new media are reshaping the electoral landscape.

Professor Nandita Biswas Mellamphy has co-organized a conference on feminism and technology entitled Hacking Feminism which features some of the world's leading scholars in gender studies, cultural studies, media studies and critical political studies. This event will be held at the Center for Transformative Media at The New School in New York City from May 9-10. 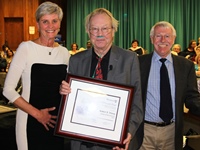 Western professors Robert Young (Political Science) and Shiva Singh (Biology) have been awarded the 2015 Hellmuth Prize for Achievement in Research. The honour recognizes faculty members with outstanding international reputations for their contributions in research.  Read more in this Western News Article.

Political Science PhD Candidate, Tamara Hinan, has been elected as President of the Society of Graduate Students (SOGS) for 2015-2016.

Professor Nandita Biswas Mellamphy will be giving the keynote address at the 29th annual Strategies of Critique Conference to be held April 24-25.  This conference is being organized by the Department of Social and Political Thought at York University.

So Youn (Annie) Kim (International Relations - Political Science and History) won first prize in a poster presentation at the first Western Student Research Conference held on March 21, 2015 at Western for her research into the role of Catholicism in Cuba during the Cold War. Her poster speculates on the reasons for the Cuban communist government's reversal of its atheistic policy in the mid-1970s: the government used religion as "the opium of the people" in order to calm down a social and economic crisis, maintain the party's legitimacy, and reap economic benefits. She concluded her poster by suggesting that the Cuban communist government took a pragmatic approach and created a symbiotic relationship with the Catholic Church, despite a disparity between the two ideologies. She argued it would be beneficial for Cuba to adopt the same type of approach towards dealing with the US. According to So Youn, her experience at WSRC was one of her most valuable experiences at university. Her achievement at the conference further motivated her to become a promising academic scholar in the future. Congratulations, So Youn, on your well-deserved prize.

Following the CBC interview on March 4, with Edward Snowden, National Security Agency Whistleblower, Professor Nandita Biswas Mellamphy will be talking about 'War on Terror in the Age of Intelligent Machines' at King's College, Western University on March 5, 2015 at 7 pm in the Vitali Student Lounge, Wemple Hall.  This event is sponsored by King's Political Science Students' Association. 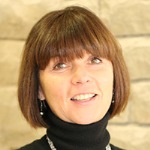 On February 17, Dr. Marta Dyczok, Associate Professor, Political Science and History, Western University was interviewed on The Agenda by Steve Paikin along with Dr. Nina Khrushcheva, Associate Professor, International Affairs, The New School and senior fellow, World Policy Institute in New York about whether things will be different for Ukraine now that a new ceasefire agreement has been reached.  After 16 hours of talks between Ukrainian President Petro Poroshenko, Russian President Vladimir Putin, French President Francois Hollande and German Chancellor Angela Merkel, a new ceasefire deal for Ukraine and Russia was reached. However, fighting continued along the front lines in eastern Ukraine only days after the ceasefire was to take effect.

A delegation of undergraduate students represented Western Political Science at the 19th Annual Canadian Political Science Students' Association (CPSSA) National Conference. Hosted by the University of Calgary, they discussed and debated the pertinent and politically charged topic of 'Energy and the Environment'. Hearing from industry professionals, renowned academics, as well as individuals directly affected by the externalities of the energy industry, they had the opportunity to engage with a topic vitally important to the future of Canada and the world. The student delegation extends their sincere thanks to the Department of Political Science for their generous support in enabling them to attend such a thought-provoking and academically stimulating conference! 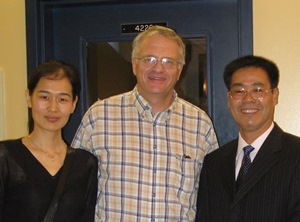 Dr. Andrew Sancton, Professor, Western Political Science and Dr. Chen Zhenming, Dean, School of Public Affairs, Xiamen University in China have co-edited a new book, Citizen Participation at the Local Level in China and Canada (CRC Press, 2015). This book examines the development of citizen participation in local governance in Canada and China, respectively. It covers the characteristics of political culture and climate on local participation, highlighting factors especially unique to urban poor, class migration, and aboriginal and immigrant populations. This book includes case studies that compare Canadian and Chinese communities and extrapolate interesting policy-level changes at the local level based on citizen behavior and involvement.

Joni Baechler, the former Mayor of the City of London, has joined Western University as the first-ever Distinguished Practitioner in Residence for its Local Government Program. Before being appointed the Mayor of London by City Council on June 24, 2014, Baechler represented London's Ward 5 as a city councillor from 2000 to 2014.

During her one-year term as Distinguished Practitioner in Residence, Baechler, a Western alumna with a BA'82 (Physical Education), will deliver guest presentations in a variety of courses, with an emphasis on urban politics and increasing women's participation in municipal government. Baechler will also participate in lectures, workshops, group discussions and other events with students, faculty, staff and alumni.

"I am truly looking forward to connecting with students at Western. I have enjoyed a life-long love of learning and this new position not only allows me to share my insight with the next generation of public administrators but also provides an extraordinary opportunity to engage with Western's faculty and staff, who are already delivering a first-rate education," said Baechler.

Western Political Science is pleased to announce that Professors Cameron Anderson and Radoslav Dimitrov have each been awarded funding through the inaugural Samuel Clark Research Fund that was established through Foundation Western in support of small research projects within the Faculty of Social Science. The project, "The Political Causes and Consequences of National Identity: An Experimental Study" will be led by Cameron Anderson and co-investigator, Michael McGregor, Assistant Professor at Bishop's University. Radoslav Dimitrov will be continuing his work in the area of climate change politics with the project, "Climate Diplomacy: The Role of Organizational Leadership."

Dr. Marta Dyczok recently delivered a lecture on media representations, public opinion and Ukraine to a class of second year students at Russian New University in Moscow, Russia. She was invited to lecture at Russian New University by Professor Igor Klyukanov of Eastern Washington University who is involved in an initiative to organize lectures by Western scholars to students in Moscow. Dr. Dyczok said, "It was interesting for me to hear what students in Moscow asked me, and how they answered my questions." A number of them seemed convinced that 98 per cent of the residents of Crimea voted to join Russia. One said events in Ukraine are being funded by the Americans. One was concerned about people in Ukraine who have been left homeless in the winter because of the war. One expressed faith in the role of journalism..."